Kunio Onodera was born in Ichinoseki in Iwate in 1956. After finishing high school in 1974, Onodera went into his family's farming business. He started his first sake brewing work in 1976 as a seasonal worker at a brewery in Kesennuma as there is no farming work in winter. The Toji at the brewery in Kesennuma was a disciple of Sagoro Hirano, so Juichi Hirano asked the brewery if there was anyone who could come to help out at Urakasumi. Then Kunio got a chance to help Urakasumi's sake making when rice planting and harvesting work was over and before the brewing work started at Kesennuma.

Onodera studied "Urakasumi's sake making in the Hirano style", and was qualified as a Nanbu Toji by passing the examination in July 1988. Then he officially joined Urakasumi in November 1993 at Hirano's invitation. He became an assistant Toji 2 years later to later become Toji at the main brewery in May 1997. In September 2006, he moved to the Yamoto brewery, before returning to the main brewery in March 2012.

With his three-decade career of sake making, including 20 years at Urakasumi Sake Brewery, his work as a Toji was recognized by recieving several gold prize distinctions during the Annual Japan Sake Awards. His accomplishments also made him be attributed the first prizes of the 2015 and 2018 edition of the Nanbu Toji Sake Awards. He is still continuing his splendid work and passing down "Urakasumi's Hirano style sake making" to the other brewers. 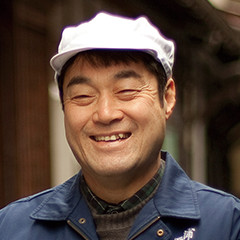 Born in Shiogama in Miyagi in 1967, Isao Akama is a university graduate specialized in food hygiene and he focused his studies on zymurgy. Under his professor's guidance, after graduation, he decided to pursue his career in the field of fermentation, and joined Urakasumi, located in his home town. He started his job at the main brewery first and moved to the Yamoto brewery when it was finally built in June 1994.

He studied "Urakasumi's Hirano style sake making" and was qualified as a Nanbu Toji in July 2002. In May 2003, he became assistant Toji and was finally promoted to become Toji of the Yamoto brewery in March 2012. He has been dedicated to stable quality sake brewing and he aims to brew sake harmoniously with all the brewers.

Since he took the Toji position, Urakasumi has won gold prizes at the Annual Japan Sake Awards five times for the 2012, 2013, 2014, 2016, 2017 and 2018 editions. Moreover, during Miyagi's Sake Awards, held in 2014, he was granted the Kahoku Shinpo Publishing's company award, of the prefectural rice's junmai sake (pure rice sake) section. Step-by-step, he is building a great Toji career as well as a new history chapter for Urakasumi. 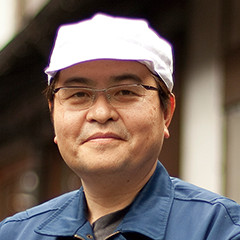 Born in Saraki, Kitakami, in Iwate in March 1929, Juichi Hirano started making sake in 1946 under Sagoro Hirano who was said to be the most talented Nanbu Toji. In 1949 he came to Urakasumi when Sagoro became Urakasumi's Toji. Then after working at a different brewery in Ibaraki for 2 years as a Toji, he became Urakasumi's Toji to carry on Sagoro's sake making and spirit in 1960. After that, Urakasumi won numerous awards in a variety of competitions, and in 1973, Juichi released "Urakasumi Zen" to the world, our signature sake, which made the name of Urakasumi famous and also gave him a high reputation as a talented Toji. After he supervised the production as a Toji and as a manager, he was made Honorary Toji in 2007 and he continued to train new generations of brewers. Juichi Hirano passed away in May 2016. 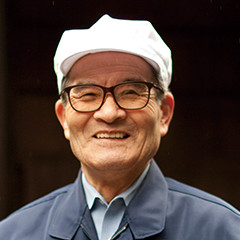